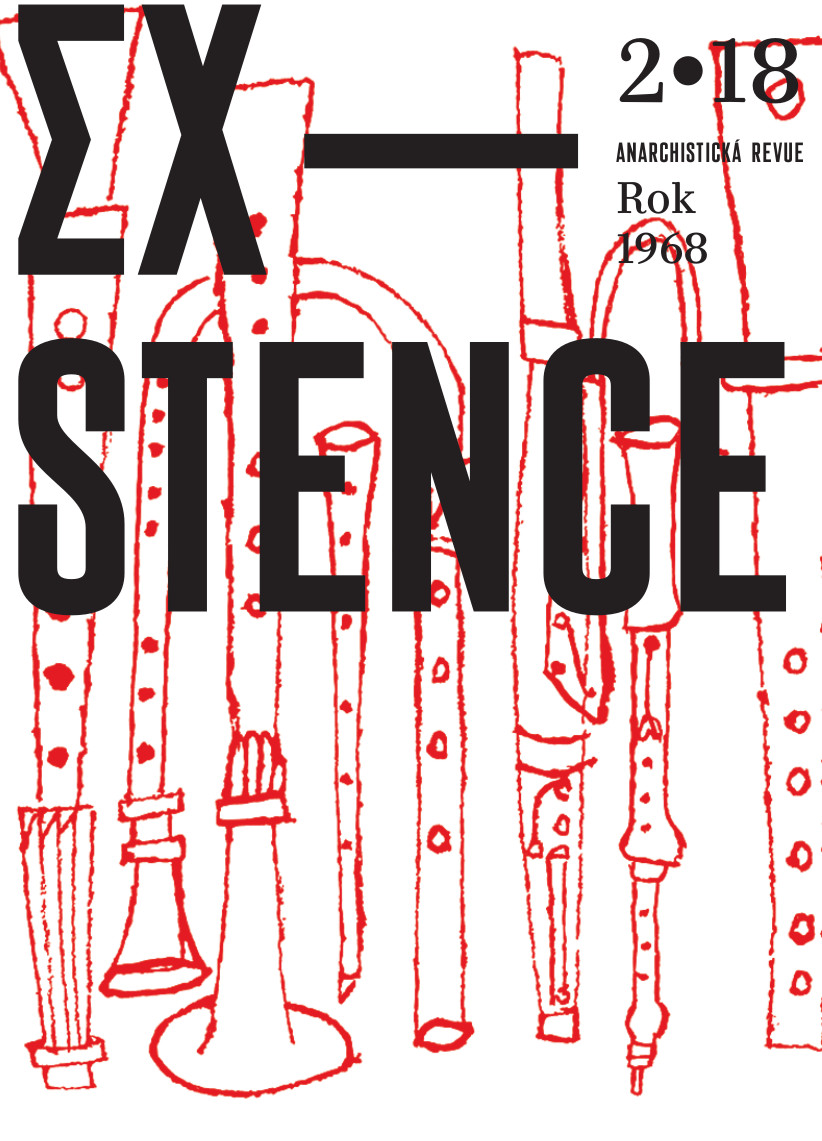 The summer issue of the anarchist review Existence is dedicated to the 50th anniversary of the revolutionary events of 1968. Traditionally, in the Czech Republic this year is remembered in connection with the invasion of the Warsaw Pact armies; little attention, however, is given to what preceded this invasion, what the reform process was all about and what were the consequences of the fact that it was actually a reform from above. The year 1968 shook the whole world; therefore, it would be a pity not to use this round anniversary to take a look at the events of that period. It is an opportunity to find out what was going on in other countries and what was the long-term impact of these events, whether seen from the perspective of social transformation, the development of social movements and the effect they had on the anarchist theory and practice.

We introduce the topic by presenting a brief chronological survey of the main events that occurred in 1968 and before. The piece by V. Damier deals with the question of how the movement of the 1960s actually came about and how it changed shape in the following decades. An insight into what was going on in France is provided by an interview of J.-P. Sartre with the anarchist D. Cohn-Bendit which was published in May 1968, i.e. at the very moment of the clashes between radical students and the state authority. The precarious situation in which the French anarchist movement was stranded following the quarrels of the 1950s, as well as its role in the May events of 1968, is the topic of the chapter selected from a historical work by French anarchist A. Skirda. It also deals with how the May events affected the movement afterwards. And the members of the Anarchist Federation who made a trip to Paris on this year’s May Day will tell us about how the French capital remembers these fifty-year old events these days. Furthermore, you can read an optimistic article by P. Ryabov about the evolution of the anarchist movement after 1968, a report about the protests in Poland, then governed by the Polish United Workers‘ Party, and an essay by the historian and political scientist A. Gilly about the violent suppression of student strifes in Mexico. The Czechoslovak experience is captured by P. Heumos’s study about the activities of working people in factories and a contemporary article by the Situationist International about the Prague Spring 1968.

As the main topic occupies much of the issue, there is only place left for a retrospective text about the roots of the Makhnovist movement in Ukraine which, rather than being initiated by Nestor Makhno himself, was the product of a long-lasting struggle against the Tsarist autocracy and the power of local landowners. The Anarchist Federation reports about its Spring congress, the meeting with the representatives of affiliated federations in Athens and new books prepared by our publishing house for this year’s Anarchist Book Festival. This event is also covered by a long reportage; other texts deal with this year’s May Day celebration and other campaigns of the antiauthoritarian movement, especially the blockade of the Bílina mine which took place within the purview of Klimakemp 2018. To conclude, you can read texts published in the wall newspaper A3, as well as reviews.